On February 18th, 2020, the Rize Medical Cannabis and Life Sciences UCITS ETF (FLWR) began trading on the London Stock Exchange. FLWR seeks to invest in companies involved in the global medical cannabis and cannabis-related life sciences sectors, with a focus on companies in the biotechnology/pharma and hemp and cannabidiol (CBD) sectors.

We’re only just beginning to understand the full power of cannabis, even though it has been around for thousands of years. We now have evidence that cannabis can improve symptoms, and cure certain diseases. We now know that it helps with sleep, anxiety, pain and appetite. We have seen its impact on people’s lives, how it can be truly life-changing, and in some cases, life-saving. Stories of parents going as far as “smuggling” cannabis into their home countries to treat their children suffering from chronic seizures have touched our hearts. It has put pressure on politicians to act. And yet, in spite of this overwhelming data, the cannabis plant still remains underappreciated. It remains stigmatised, and misunderstood, most of all by the regulators and medics on whom we rely to be battling for progress for our people, and in our societies. In this piece, we examine cannabis through a medical lens, exploring the properties of the plant and its various applications in medicine. We also review how we believe those applications will drive positive change in our understanding of this once-forgotten plant.

Cannabis comes from three different species of wild cannabis: ruderalis, sativa, and indica.[1] Sativa is derived from the Latin term for ‘cultivated’, indica is Latin for ‘of India’ and ruderalis is Latin for ‘rubble’, ‘lump’ or ‘rough piece of bronze’. All species display unique characteristics. Sativa is tall, between 4 and 15 feet, with long branches and thin, pointy leaves. Indica, on the other hand, is smaller, between 1 and 4 feet, with wider, more rounded leaves. Ruderalis is short, between 1 and 2 feet, and has much fewer branches than both the sativa or indica specimens. Ruderalis also flowers automatically after about 3 to 4 weeks (auto-flowering), whereas the sativa and indica varieties require a change in sunlight hours in order to flower.[2] 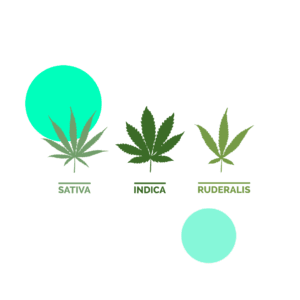 Ruderalis isn’t often used in pure form these days. On the pharmacy shelves, it is the indica and sativa varieties that are the most popular.

The cannabis plant can be male, female or both (hermaphrodite). The female plant produces the bud (i.e. the flower), whereas the male plant produces the pollen. We have also learned that the cannabis plant is far from gender neutral. The female has the unique ability to switch genders. In periods of growing stress, where the plant is fearing for its ongoing survival, it has the ability to switch to hermaphrodite state, essentially becoming both genders as a last resort to pollinate itself.

The cannabis plant goes through two stages of life: the “vegetative” stage and the “flowering” stage. The vegetative stage is comparable to the plant’s childhood, where it is focused on growing taller and bigger, and where gender is largely irrelevant. In this early stage, it is usually difficult to tell what gender the plant is, or will become. Once the plant hits about 4-6 weeks, however, it generally starts showing signs of pre-flowering.[4] This alerts as to the likely gender. As the plant subsequently moves into flowering stage, it stops focusing on growth and instead shifts all of its efforts to growing bud flowers. As such, the flowering stage is comparable to the adult stage of the plant’s lifecycle.

It is the female plants that are used for medical cannabis. They produce large flowers, which are rich in cannabinoids. Cannabinoids are naturally-occurring, biologically-active chemical compounds secreted by the flower. Cannabinoids are also found in other parts of the plant, such as the leaves, stem, root and seeds, but in very trace amounts. For example, the flower has up to eight times greater concentration of tetrahydrocannabinol (THC) than the leaves.[5] Cannabinoids are being studied for their various medical benefits. There are at least 113 known cannabinoids, and it is believed that their natural interaction with the human endocannabinoid system can help treat a variety of symptoms and conditions.[6]

THC is an active cannabinoid in cannabis. THC been found to have anti-inflammatory and antioxidant properties, but it is perhaps best known for its psychoactive properties. It is the level of THC that makes certain preparations of medical cannabis illegal in some countries. The exceptions are in the pharmaceutical sector. Today, a total of 48 countries have embraced pharmaceutical drugs that contain THC, making it available on prescription, or over the counter.[7] For example, Sativex is the world’s first, THC-containing prescription medicine used to treat spasticity from multiple sclerosis. It is an oral spray medication with a 1:1 ratio of THC to CBD (cannabidiol). In the UK, Sativex was first approved by the Medicines and Healthcare Products Regulatory Agency (MHRA) in 2010.[8] Sativex is not approved for distribution in the US.

THC is often compared to its non-psychoactive counterpart, cannabidiol (CBD). CBD is a cannabinoid which has recently shot into the mainstream, and which we’re now beginning to understand much better. Medical applications for CBD continue to be uncovered. For example, CBD has been found to have anti-cancer properties and effective in managing epilepsy, brain injury and pain disorders.[9] GW Pharmaceuticals, a British biopharmaceutical company, in 2018, was the first company to have a CBD-based drug, Epidiolex, approved by the Food and Drug Administration (FDA) in the US. Epidiolex is used by patients to treat seizures caused by two forms of epilepsy, Lennox-Gastaut syndrome and Dravet syndrome, which are rare but severe conditions that usually first appear in children.[10] 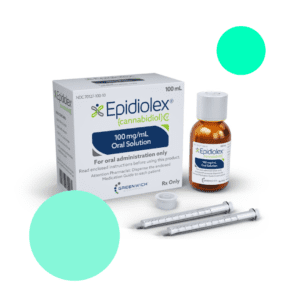 Aside from THC and CBD, the cannabis flower also contains a number of other minor cannabinoid compounds, including, but not limited to, cannbigerol (CBG), cannabichromene (CBC) and cannabinol (CBN). CBG is a non-psychoactive cannabinoid that has anti-inflammatory, antibacterial and appetite-catalysing properties. CBC is also non-psychoactive, and has been shown to inhibit tumour growth and help brain stem cells regenerate. Finally, CBN is a slightly psychoactive cannabinoid which has been linked to better sleep, pain relief, anti-convulsion and post-fracture bone recovery. CBG, CBC and CBN are now all prominent contenders in medical research, in spite of the fact that they appear in smaller doses in the cannabis plant. [11]

The cannabis plant also contains terpenes and flavonoids. Terpenes are the aromatic oils that give cannabis its distinctive smell, and are found in the trichomes that cover cannabis buds. They also have medical value, and have been shown to work synergistically with cannabinoids. Flavonoids, on the other hand, are the pigments which give cannabis its colour. Flavonoids have also been found to have medical properties.

Hemp is a strain of cannabis sativa, but without the THC. It is often seen as the softer, gentler cousin. Hemp contains less than 0.30% THC, and so is legal in most countries. This is because most countries have a legal THC limit of 0.30%. In the EU, this limit is even lower at 0.20%.[12]

Hemp also has a much higher concentration of CBD. For this reason, it is the best source for extracting CBD oil. CBD oil is made by extracting CBD from the hemp plant, and then diluting it with a carrier oil like coconut or olive. It has gained notoriety in recent years for its many health and wellness benefits, with scientific studies confirming its value in treating things like anxiety and chronic pain.[13]

Hemp also has a number of industrial applications. It is used to produce paper, rope, textiles, biodiesels, biodegradable plastics, bio-composites for construction and even health foods. Hemp seeds in particular have been found to be nutritious food supplements, and become popular with the vegans and vegetarians.

In recent times, China has emerged as an industrial hemp powerhouse. Today, more hemp grown in China than in the rest of the world combined. However, China hasn’t yet officially chosen to pursue the medical cannabis opportunity, and capitalise on the growing demand for CBD globally. Indeed, CBD is still unauthorised for consumption in China. Hemp can, however, be processed into CBD under certain state-granted licenses, and these licenses are held by less than five local companies. As of May 2019, two of China’s 34 regions were producing CBD from hemp, presumably for export into the more mature US and European markets.[14] 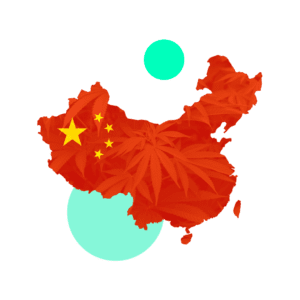 Cannabis is one of the world’s oldest drugs, with evidence of its medicinal use in ancient Egypt, China and Siberia. In the UK, it was a medicine until 1971, and reputedly Queen Victoria was a regular user of it for period pains and post-partum discomfort. In recent years, medical cannabis has once again gained a new lease of life. The scientific community now has the opportunity to investigate its full potential, and give patients the treatment options they deserve.

Podcast: Cannabis investments – What you need to know