Have you ever wondered why cannabis has such an effect on us? Well, thank the endocannabinoid system or the ECS. The ECS is a rich, complicated network of receptors in our brain and our gut which helps regulate the body’s natural state of homeostasis. The ECS is the most extensive biological system of receptors in our bodies. It helps regulate mood, appetite, memory, sleep and even fertility. If our bodies become injured, or fall out of homeostasis, this signals the ECS to kick in. And it is not just humans that have an ECS; virtually every animal on the planet has one. In this piece, we look back at history, to the first discovery of the ECS and how – over the years – we have come to understand its complete function and how it works inside our bodies to regulate homeostasis.

The discovery of the endocannabinoid system

The first outlines of the ECS emerged in the 1960s.[1] At that time, scientists were successful in isolating numerous compounds from the cannabis plant known as phytocannabinoids (“phyto” meaning “plant”). Research into their effects on the human body revealed a whole web of receptors, enzymes and bio-chemical pathways involved in the manufacturing and use of the body’s own cannabinoids (known as endocannabinoids, “endo” meaning “originating from inside the body”). Although research focused primarily on humans and mammals, it was also discovered that we shared these neurochemicals with most members of the animal kingdom, including birds, amphibians, fish and even sea urchins.

What function does the endocannabinoid system serve?

The ECS is crucial in early development and throughout our lives. We are born with an ECS. In our early years, it mediates multiple processes of neurodevelopment, including cognition, perception, motivation, salience and regulation of fear. It is also crucial in something called synaptogenesis, which is the formation of synapses in our brain. Synapses are the little electrical connections that allow neurotransmitters to send information throughout our bodies. 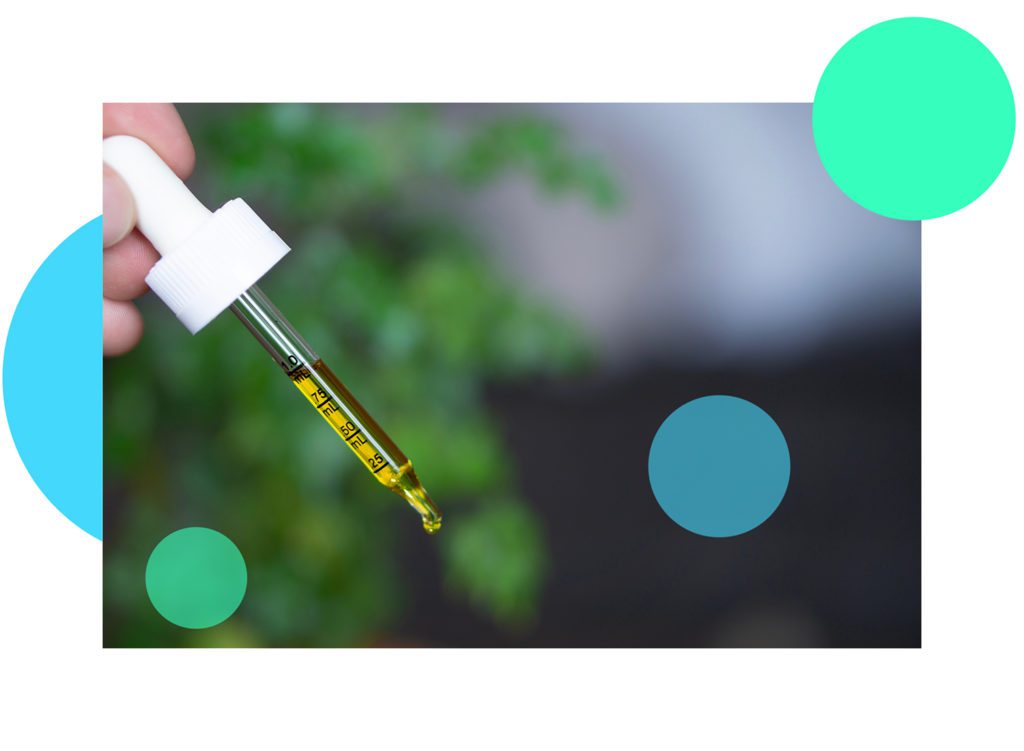 What are the primary components of the endocannabinoid system?

The ECS is comprised of three primary components: receptors, endocannabinoids and enzymes.

Receptors receive and translate messages transmitted by cannabinoids. Through consuming cannabinoids, we are able to stimulate these receptors, which can increase our appetite, decrease inflammation, help with insomnia and even help with symptoms related to epilepsy.[2] The ECS has two types of receptors: CB1 receptors and CB2 receptors.[3] CB1 receptors exist in the brain and spinal cord, working to regulate appetite, memory and reduce pain.[4] CB2 receptors exist within the immune system, working primarily to reduce inflammation throughout the body.[5] Inflammation is the process the body undergoes to heal infected or damaged areas in the body. It is also a main cause of many different medical conditions.

Enzymes are any substance within the body that cause chemical reactions to occur. Enzymes act within the ECS to recycle used endocannabinoids after the body is done with them.[8]

Today, the ECS is helping us understand how cannabis works in our body. Research is now exploring how various cannabinoids can help regulate our natural state of homeostasis. However, while the ECS can help us understand the effect of different cannabinoids, cannabinoids are not the reason why the ECS exists. It is a biological system that has always been a part of us. And while the ECS performs different tasks, it always has one goal in mind: homeostasis, which is to keep our cells and immune system healthy.

[4] Healthline, “A Simple Guide to the Endocannabinoid System”, 2020. Available at: https://www.healthline.com/health/endocannabinoid-system-2

Podcast: How to invest in medical cannabis legally from Europe

CBD, What You Need to Know