Notes from the Frontier: Seven observations from the leading edge of the cannabis industry

Over the past four weeks, I have attended three cannabis conferences: The Marijuana Business Conference (i.e., MJBiz, the industry’s largest annual cannabis convention, which drew an estimated 35,000 visitors for a new attendance record), Luxury Meets Cannabis Conference (a two-day show focusing on the premium end of the market), and Revelry 2021 (a one-day conference featuring New York’s budding legal cannabis industry).

The expansive scale of the industry’s growth was on full display at MJBizCon, the annual event’s largest to date. Equipment manufacturers prominently displayed state-of-the-art solutions for each cultivation, processing, manufacturing, and packaging, demonstrating the impressive scale at which automation is beginning to replace manual tasks. LMCC, an intimate show held in New York’s stylish Fashion District, showcased premium wellness, cosmetic, and skincare companies, and featured new entrants like Phillipe Cousteau — who, in partnership with his wife Alexandra Cousteau, launched Seaweed Naturals, a seaweed and algae-based skincare and ingestible line thematically anchored toward ocean sustainability and regeneration. In a single schedule-packed day, Revelry 2021 (a New York market-focused business conference) featured national and state industry leaders, regulators, and lawmakers representing the gamut from licensing and compliance to branding and culture. A standing-room-only crowd for an intensive orientation underscored the broad interest in New York’s opportunity-rich market.

As the first cannabis conferences which I have attended since February 2020 due to COVID-19 disruptions, the shows offered sharp insights into some driving changes actively transforming the industry.

Federal legalization is not a priority for most operators.

Despite focused debate about federal legalization happening in Washington, D.C., and among investor circles, most operators are more focused on their local markets and near-term growth opportunities. Reform of federal laws would accelerate market growth, but even without it, state markets are positioned for very strong near-term growth. Recognizing that any major federal move would open the market to non-endemic players, the companies that New Frontier Data spoke with were focusing on capturing market share, building operational scale, or developing novel innovations during the lingering uncertainty about the timing and scope of congressional action. Notably, even with additional complexity created by federal prohibition, most operators were very bullish about the market’s growth prospects; while they would like to see changes enacted in federal laws, few were focused on national legalization as a near-term strategic priority. 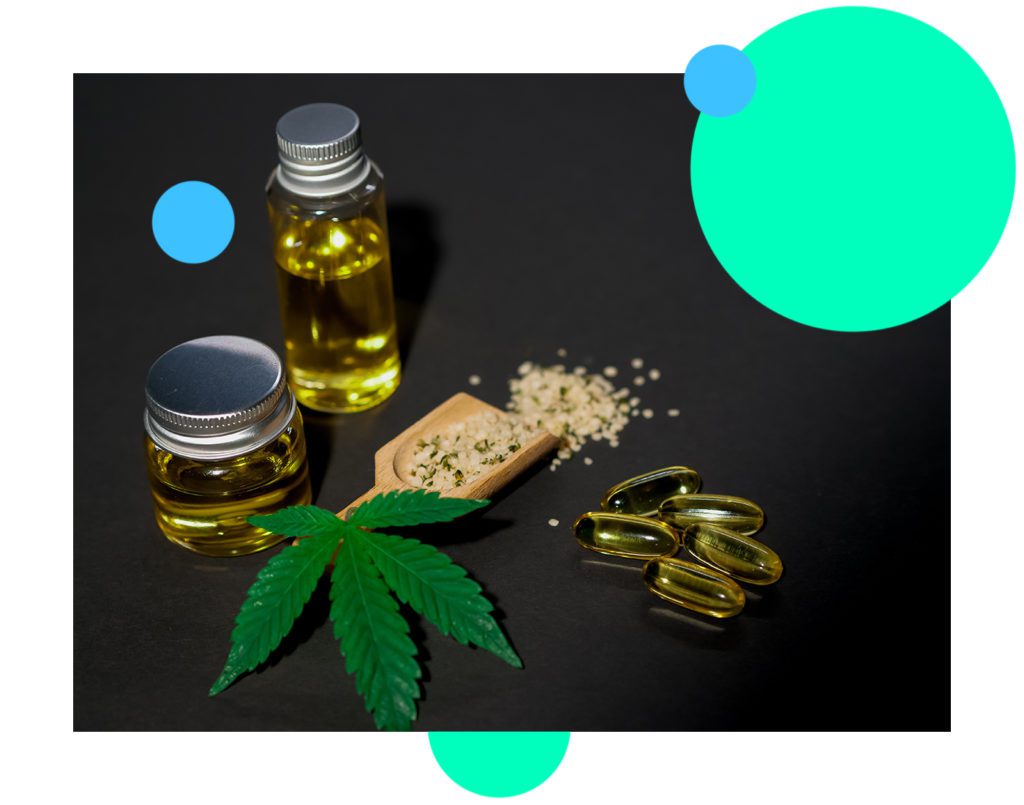 New York will be the epicenter of the industry.

New York’s market is shaping up to be unlike anything that has been seen before. There are signs of cannabis everywhere in New York City — from people of all ages consuming in the streets, to trucks selling cannabis products mere blocks from Times Square, and New York-themed cannabis iconography emblazoned on souvenirs and apparel sold by street vendors and gift shops. As America’s most densely populated city, cannabis’ emergence from the shadows will put New Yorkers in closer proximity to legal cannabis than experienced by any consumers elsewhere in the country. Furthermore, as both the country’s most populous city and its top destination for domestic and international tourists, an operational New York market will expose more visitors and the world’s financial markets to legal cannabis in a defining market for “cultural cool”. It is hard to overstate the influence which the city could have for cannabis on a global scale.

Automation and digitization are making cannabis a data-driven industry.

Among the industry’s great challenges early on was a lack of data which could be leveraged to help guide policy and business decisions. The requirements for seed-to-sale tracking systems and for centrally reporting point-of-sale systems helped to quickly accrue data on retail operators, though most other areas remained underserved. That is quickly changing as automation deeply penetrates the supply chain, creating significant new data collection capabilities. From grow room management systems to extraction, curing, manufacturing, and packaging, machines are being slowly integrated into industry operations, and subsequently generating invaluable information to increase efficiency, refine processes, and fuel data-driven innovation.

The tide is turning on potency as the benchmark of quality.

After decades of growers chasing the most potent strains to serve the heaviest and most frequent consumers, a growing number of brands are instead focusing on the low-dose end of the market. The growing availability of lower-potency products are especially important for two consumers groups: new consumers who are using cannabis for the first time, and consumers who want to use cannabis for maintenance wellness, but who do not want their wellness benefits accompanied by a strong high. The rising quality and selection of lower-dose products will be instrumental to the next phase of industry growth.

The fight for social equity will look different in East Coast markets.

Prospective social equity license applicants in New York have the dual advantages of learning from the collective struggles of social equity (SE) programs in other states, and time to prepare an advocacy campaign well in advance of the promulgation of regulations or issuance of licenses. In most other markets, SE license candidates were engaged late in the process, limiting their time to mobilize the resources needed to secure a competitive position in the market, leading many among them to struggle, and thus SE programs to underperform. With New York’s commitment to issue as many as half of the licensees to SE applicants, and with the minority and disadvantaged communities already fighting to ensure equitable rules, the struggle for a socially diverse and inclusive industry will look different in New York than it has in other states, and could serve as a template for markets which legalize in the future. 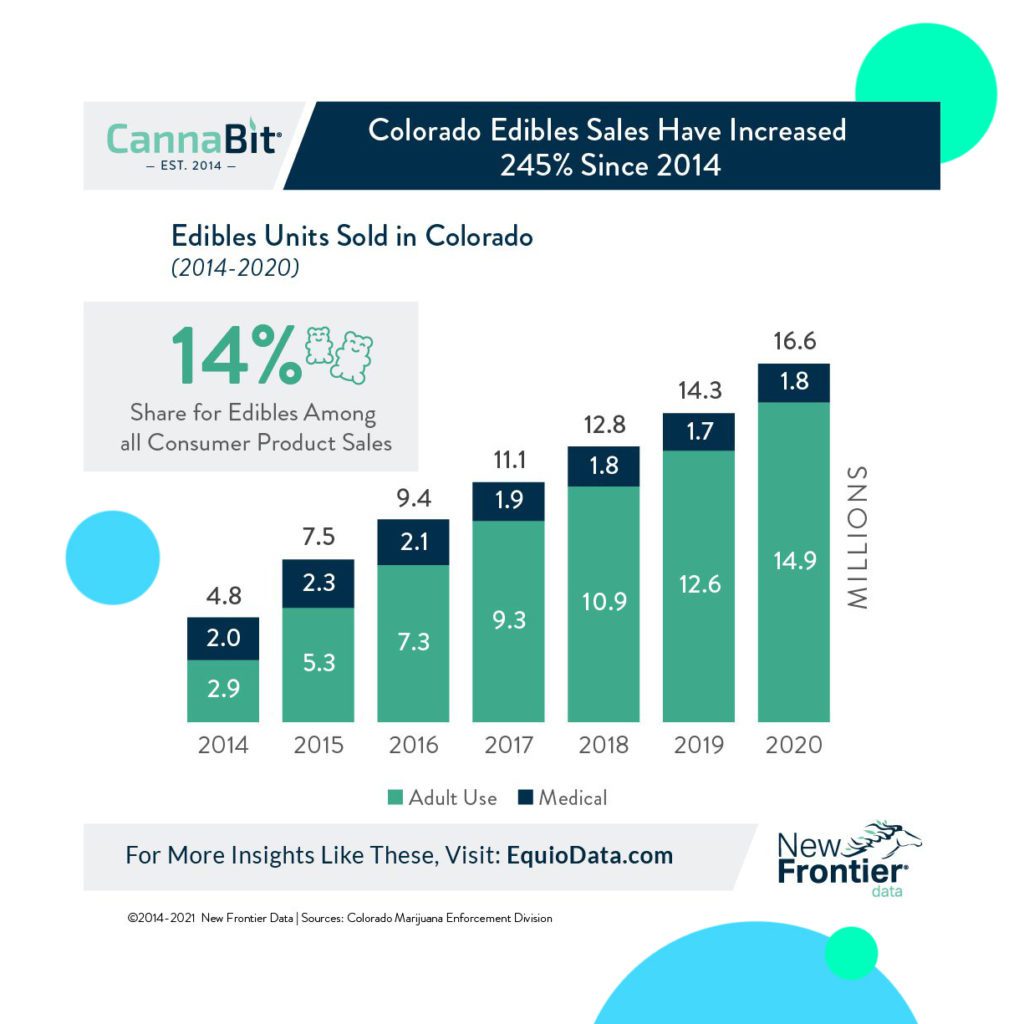 In seven years since the first U.S. adult-use markets launched, it has become increasingly challenging for any single big tent to cover the industry. MJBiz, with more than 1,300 exhibitors, offers an excellent environment to survey the spectrum of the industry. For new entrants to cannabis, MJBiz and similarly large industry shows provide some expansive and immersive orientation to the industry’s many facets. For more experienced and specialized operators, however, choosing to attend smaller, more targeted shows like LMCC, Revelry 2021, or MJ Unpacked (a brand-focused conference offered in parallel to MJBiz) may prove more valuable for targeted education and relationship-building. With COVID-19’s disruptions to conference travel and marketing budgets, New Frontier Data expects a robust return to business travel in 2022, though with companies being more selective about which in-person events to attend. Smaller, regionally focused events are positioned to do particularly well as new markets launch and grow on the East Coast and among Midwestern states.

After visiting five cities in three weeks, signs of cannabis normalization in American society could be found everywhere. From roads lined with cannabis billboards, or dispensary ads atop Las Vegas taxis, to cannabis-themed books and magazines displayed in airport bookstores and CBD-dedicated shelves appearing in grocery and specialist retailers, cannabis is being featured far more prominently in legal markets than it was in the pre-pandemic norm. Consumers also report more frequent exposure to cannabis: Some noted family or friends who openly use cannabis to treat a condition, while others cited the end of workplace drug testing at their companies. Several also mentioned how access to legal cannabis has reduced how much they drink. Taken together, the changes in consumer behavior — coupled with the growing social acceptance of legal cannabis — are hastening the adoption of cannabis into American society.

The season’s roadshow affirmed that — despite the pandemic’s roiling disruptions to the economy and the continued challenges created by cannabis’ federal illegality — cannabis normalization in America is accelerating as legal access expands, businesses innovate better consumer experiences, and American society slowly but steadily grants cannabis a place on Main Street and at the kitchen table.