As medical cannabis gains acceptance across Europe, it leads the way for the industry – and sets the stage for recreational, adult-use acceptance. The coming year is expected to be vital for growth in the medical cannabis market, with accelerating expansion to legal access, rising rates of consumption and social acceptance, and increased capitalization of commercial operations. We expect the total number of European medical cannabis patients to increase more than 33% (from approximately 130,000 in 2021 to 174,000) in 2022, with the rolls to swell past 300,000 during 2025.

Yet even in cannabis-friendly Europe, medical cannabis remains in search of scientific credibility, which is why new ground is constantly being broken in the search for a proper evidence base. Earlier this year, we reviewed some of the most important cannabis trials across Europe, looking at the work of agencies such as Medicinal Cannabis Europe. In its advocacy efforts for medical cannabis, the patients’ access proponent notes that evidence is paramount to the industry’s maturing into a proper, prominent role: “One of the main reasons which prevents patients from accessing safe medicinal cannabis rests in the lack of scientific evidence and research”. 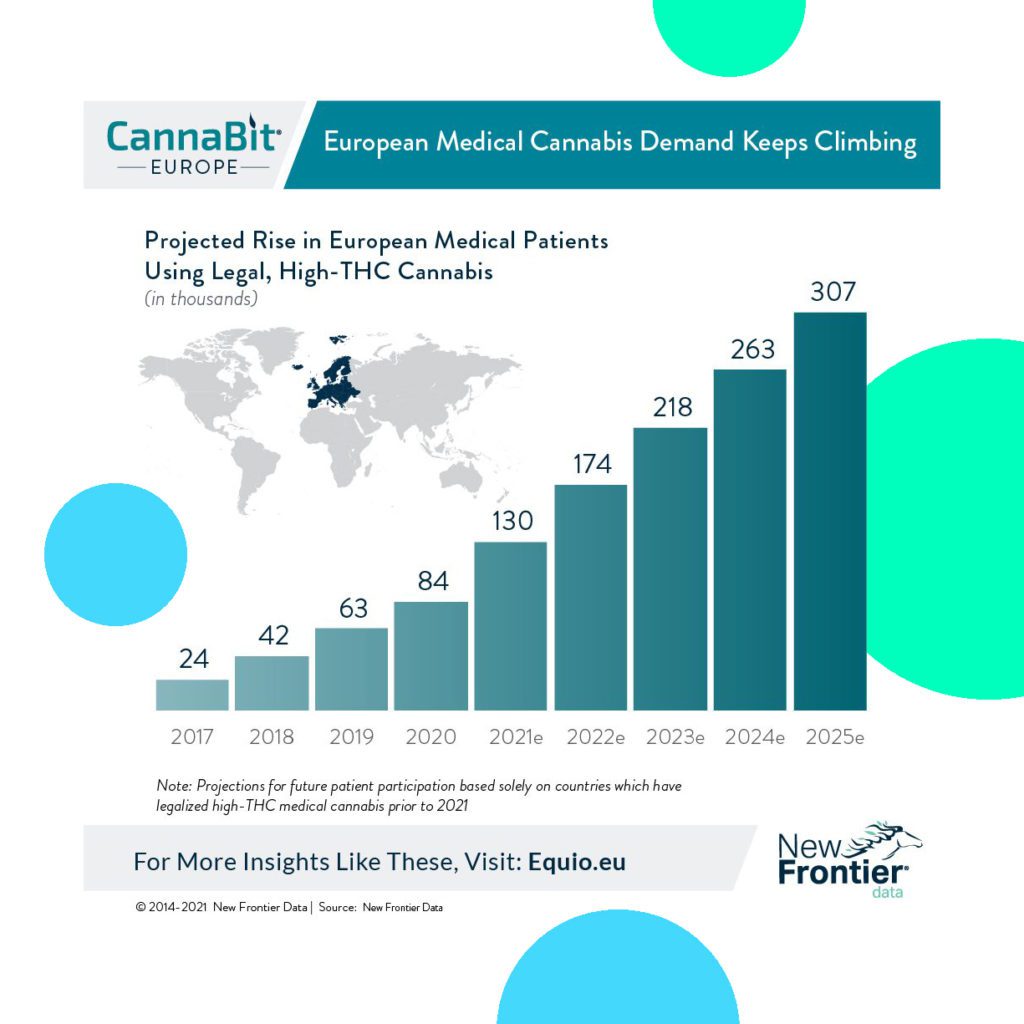 Among the trials were the UK’s pioneering ProjectTwenty21 run by Drug Science. Since that review, the effort has helped hundreds of people access medical cannabis, with the ultimate aim to create an evidence base and persuade the UK’s National Health Service (NHS) to prescribe it for conditions that include pain, anxiety and epilepsy – the latter having been the subject of sufficient study in the past two years to show “immense benefits of medical cannabis treatment for these patients”. Former UK government drugs tsar David Nutt of Drug Science felt “vindicated” by the developments, and hopes to gain support from the country’s medical establishment so that those still unable to access medical cannabis without extensive travel or significant expense can find treatment.

So, the search for evidence of the effectiveness of medical cannabis is not just to prove that it works, but to incorporate cannabis into the methods and practices of often sceptical national medical bodies.

As our Global Cannabis Report: Growth & Trends Through 2025 details: “Europe has been at the forefront of cannabis reform, with nearly 30 countries in the continent providing patients with access to some form of legalized medical cannabis.” It is far easier today than five years ago for patients to access cannabis. Those patients, however, still need to show qualifying conditions and prescriptions can be unevenly discretionary if not cost-prohibitive.

A recent report by Sapphire Medical Clinics, published in the Journal of Clinical Pharmacology, contains evidence from the UK Medical Cannabis Registry about its first group of chronic pain patients – specifically cases of chronic non-cancer pain, neuropathic pain and fibromyalgia – treated with medical cannabis oil. The study of 110 patients found “statistically significant improvements in health-related quality of life in patients at one, three and six months following treatment”, with 65% of them having never previously used cannabis.

Sapphire’s Dr. Simon Erridge claimed the research as the first of its kind in Europe and that “capturing patient outcomes is essential for wider understanding and appropriate access for eligible patients.”

Meanwhile, a recent presentation at the 37th Congress of the European Committee for Treatment and Research in Multiple Sclerosis (MS) in October found that GW Pharma’s oral cannabis spray Sativex could ease muscle spasticity and spasms in people with multiple sclerosis (MS), using a sample of 347 patients with MS. Doctors have already been able to prescribe Epidyolex for children with Lennox Gastaut syndrome and Dravet syndrome – both severe types of epilepsy.

Last April, the UK Medicinal Cannabis Summit: Evidence, Policy and Regulation attempted to bring evidence to the fore, with clinical experts including those from both the National Institute for Health and Care Excellence (NICE) and the National Institute of Health Research joining healthcare professionals and policymakers to discuss topics covering cannabinoids, epilepsy and evidence and data.

As the Centre for Medicinal Cannabis’ Dr. Daniel Couch noted, NICE recognizes approved conditions for treatment, including prescribing Epidyolex for Lennox Gastaut syndrome and Dravet syndrome. Nevertheless, he lamented that outside these NICE-approved conditions medical cannabis is prescribed via the ”specials” route – namely, prescribing an unlicensed medicine at “considerable risk to the prescribing clinician.” 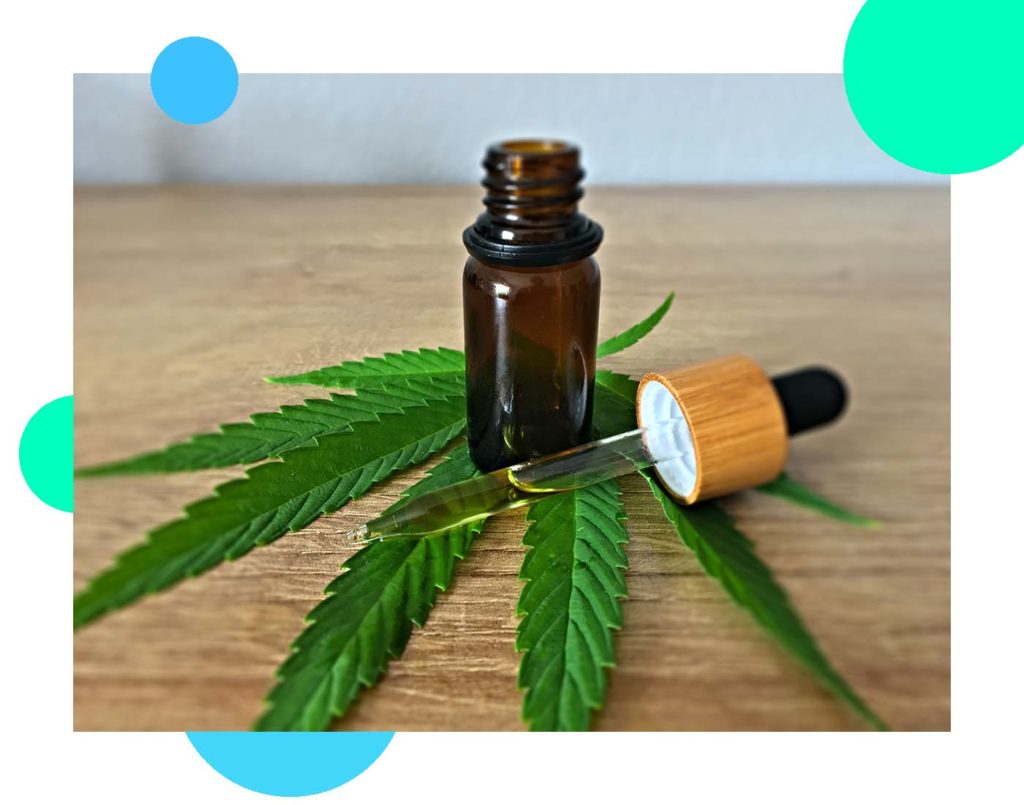 That contrasts to approaches taken in the Netherlands. There, doctors can prescribe medical cannabis for any condition if they deem it more beneficial than previous treatments; the government’s list of qualifying conditions includes pain and spasms from MS, nausea and weight loss from cancer or AIDS, nausea from chemotherapy, chronic neuropathic pain and Tourette’s syndrome.

In Italy, meanwhile, it includes MS, chronic pain, glaucoma, spinal cord injury, anorexia and cachexia. Yet not all officials being so liberal, sometimes dissenting voices prevail even in cannabis-friendly countries. Portugal, for example, has had a medical cannabis market since 2018, and is noted among the more liberal EU countries for cannabis. Still, only Sativex is sold on the Portuguese market. In Ireland, public health specialist Professor Bryan Lynch recently warned that CannEpil, the first legal medicinal cannabis product in Ireland and an oral solution for drug-resistant epilepsy, showed ”no evidence” of benefits to epilepsy patients, and he refused to prescribe it.

An upward trend continues. Based on a growing body of evidence supporting the therapeutic potential of cannabis, the Lancet reported that the World Health Organization said that following “the rescheduling… carried out in December 2020 by the United Nations Commission on Narcotic Drugs it is now reasonable to expect more European countries to follow this decision and legalise cannabis for medical purposes.”

Medical legislation can move at a glacial pace, frustrating some in the medical establishment itself. Dr. Dan Poulter, a UK MP on the board of medical cannabis company Kanabo, recently stated that as “a working NHS psychiatrist who is always looking at alternative treatments and medicines, I have studied the research around cannabis extensively. There is growing and increasingly [compelling] evidence that cannabis products have a multitude of medical benefits including treating chronic pain, reducing nausea in patients undergoing chemotherapy, and increasingly, to treat people experiencing poor sleep and anxiety”.

There are other cases for moving medical cannabis forward, one being that it obviates the need for more harmful products. For example, cannabis is increasingly cited as a viable alternative to opioid medications. It is also argued that instead of solely relying on clinical research, the growing body of real-world data should also be allowed as part of the evidence base.

Still, responsibility needs to be shouldered by cannabis advocates who would push credulity too far. Cancer, for which many anecdotal claims have been made, is still too far a leap for UK charity Cancer Research UK, which says: “Many hundreds of scientific papers looking at cannabinoids and cancer have been published so far, but these studies simply haven’t found enough robust scientific evidence to prove that these can safely and effectively treat cancer”.