On April 5th, 2022, the Rize Emerging Market Internet and Ecommerce UCITS ETF (EMRJ) debuted on the London Stock Exchange. EMRJ seeks to invest in companies that stand to benefit from the increased adoption of internet and ecommerce platforms and technologies by consumers in emerging markets. These companies are leaders and innovators in digital commerce and online marketplaces, on-demand food, ride-hailing and retail, social commerce, online travel, ecommerce services, logistics and fulfilment, online search, digital ads and classifieds and digital media, video gaming and entertainment. These rapidly evolving sectors are all benefiting from the rise of the digitally savvy, higher income consumer in emerging markets.

The digital revolution has not been limited to the developed world. Today, an online economy thrives in emerging markets. Digitisation has unleashed innovation at such scale that it has enabled homegrown entrepreneurs to build some of the world’s largest companies. These success stories have adapted established business models to local preferences and acted as springboards for further innovation. Chinese ecommerce giant Alibaba is a case in point. The company has been sparking ecommerce trends for years, including closer integration of payments with online shops and social media. But there are others too. Take MakeMyTrip, India’s answer to TripAdvisor. Or Coupang and MercadoLibre, the Korean and Argentinian answers to Amazon. And then there is Nigeria’s Jumia, the country’s rendering of Shopify, and India’s Paytm, their own version of Square. The list goes on.

A “Nasdaq” of the emerging world

In the past decade, a so-called “Nasdaq” has emerged across developing markets that holistically captures their very own digital transition. Since 2014, some 10,000 technology companies have been launched in emerging countries – nearly half of them outside China.[1] Local firms now dominate the market for search in China, ride-hailing in Indonesia and mobile payments in Kenya. And yet, many investors have missed – and continue to overlook – these exciting investment opportunities. One could even argue that traditional benchmarks have promoted chronic US and European underinvestment in these companies because of the static nature of many broad market indices. But no longer. Our Rize Emerging Market Internet and Ecommerce UCITS ETF aims to invest in an all-inclusive basket of digital leaders in the emerging world. These are companies that are leveraging digitisation to unlock what we believe is the emerging world’s next growth phase.

To begin, it is important to understand the sheer influence of today’s emerging markets. More than half of the people on Earth live within this circle. It holds 22 of the world’s 37 megacities. These are some of the world’s most populous cities including Jakarta, Seoul, Mumbai, Shanghai and Karachi. The circle also holds many emerging markets of the future – countries that the World Economic Forum has predicted will lead global economic growth in the coming decade. These are countries like India, Indonesia, Vietnam, Thailand and the Philippines. 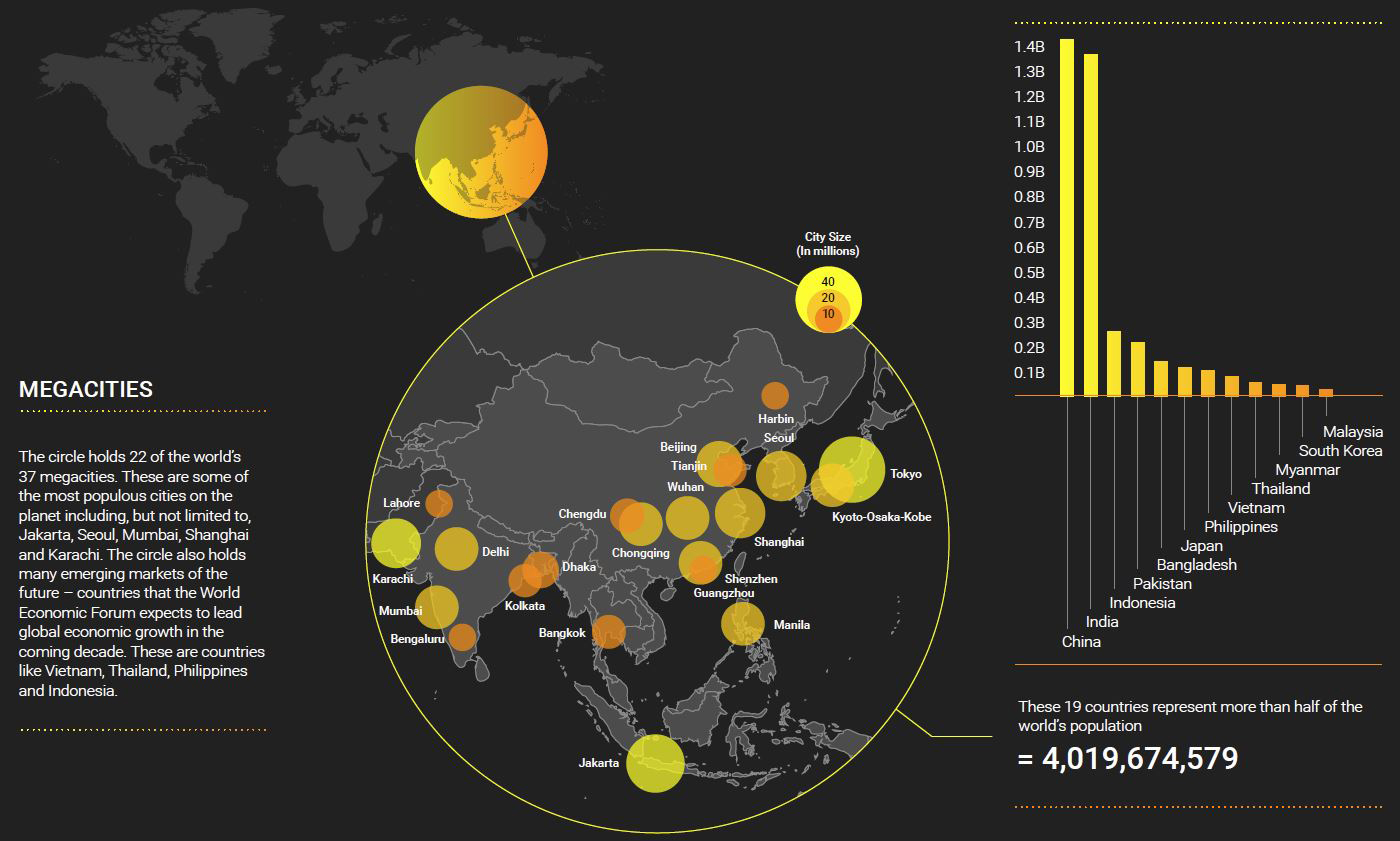 The emerging market opportunity today extends well beyond China. While China has been the focus for most of the past two decades – and rightly so, the country’s growth rates have been exceptional – the emerging market opportunity today has to be thought of more broadly. There are of course many opportunities in China, but China is also ageing. The average age in China today is 38. Compare that to 28 for both South Africa and India. For comparative purposes, note that the world’s first and second oldest countries, Monaco and Japan, have average ages of 55 and 53. Other emerging countries boast even lower average ages. Egypt and the Philippines, for example, have an average age of 24. Nigeria, meanwhile, has an average age of 18. And the wealth effect of the demographic dividend is well documented. The demographics of today therefore tell a compelling story about the regional opportunities as the emerging class rises.

The emerging market consumer is the opportunity

The emerging market consumer is the opportunity. Rising disposable incomes, urbanisation, positive reform momentum, strong demographics and the widespread adoption of digital devices have collectively formed the bedrock of this megatrend. And at the core of this megatrend lie two mutually reinforcing sub-themes: the internet as an incubator for technological innovation and ecommerce as a catalyst for behavioural change.

And behaviour has changed. Some estimates suggest that the Covid-19 pandemic accelerated digital behaviour in emerging markets by up to five years.[2] The immeasurable impact of digital services on underserved populations, especially in countries without as many brick-and-mortar stores and infrastructure, easy access to banks and doctors and transport modes necessary to attend school and work, is a cornerstone of the speed of adoption of digital tools. And with these behaviours now well engrained in emerging markets, as incomes rise, we can expect the emerging digital consuming class to rise too. 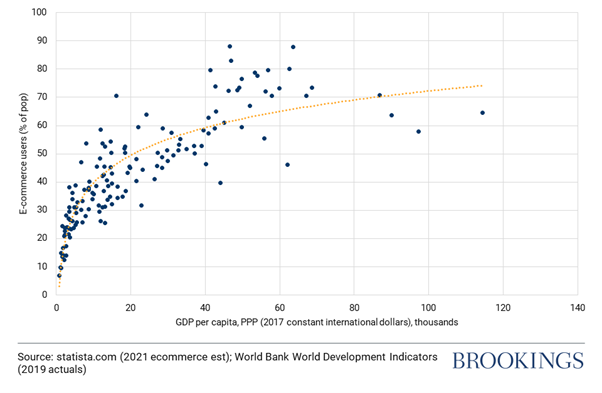 This presents an unprecedented opportunity. As Joseph Alois Schumpeter illustrated in his book, Capitalism, Socialism and Democracy, technological revolutions can last a long time. Cars, railroads and steam engines were still transforming economies 50 years later. Now, the fading era of globalisation is expected to regulate the number of emerging markets that can flourish on exports alone. However, the era of digitisation presents new opportunities. The era of digitisation is likely to be the developing world’s revolutionary path forward. 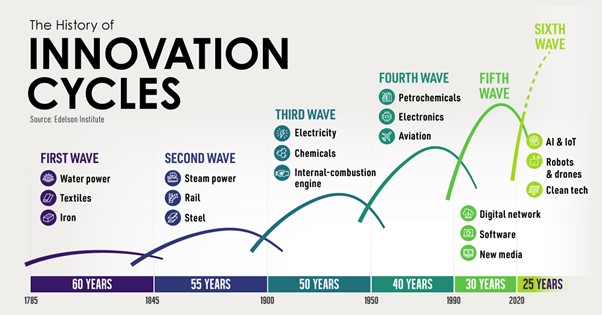 How to Invest in the Emerging Market Internet Revolution