Pet Care: An Overlooked Opportunity in An Age of Turmoil

When you think of thematic investing in this day and age, your mind probably goes straight away to technology or sustainability. And there’s no question that these represent opportunities to back initiatives that improve the lives of both ourselves and of future generations.

But the truth is, while climate change and other major social issues repeatedly make the front page, there are a number of other megatrends that risk flying under the radar.

Take our age-old fascination with owning a pet. Indeed, the number of people that own pets globally is rising. In some countries, including the United States, there are now more families with pets than there are families with children. But alongside this, we are now spending a lot more on the animals we take under our care.

Whether it’s through the food we give them, the toys we buy them, the vet care we provide them or the insurance premiums we pay for them, we care more for our four-legged and two-winged friends than we have ever done before. And in a world where pricing power is increasingly hard to come by, this trend is only escalating. 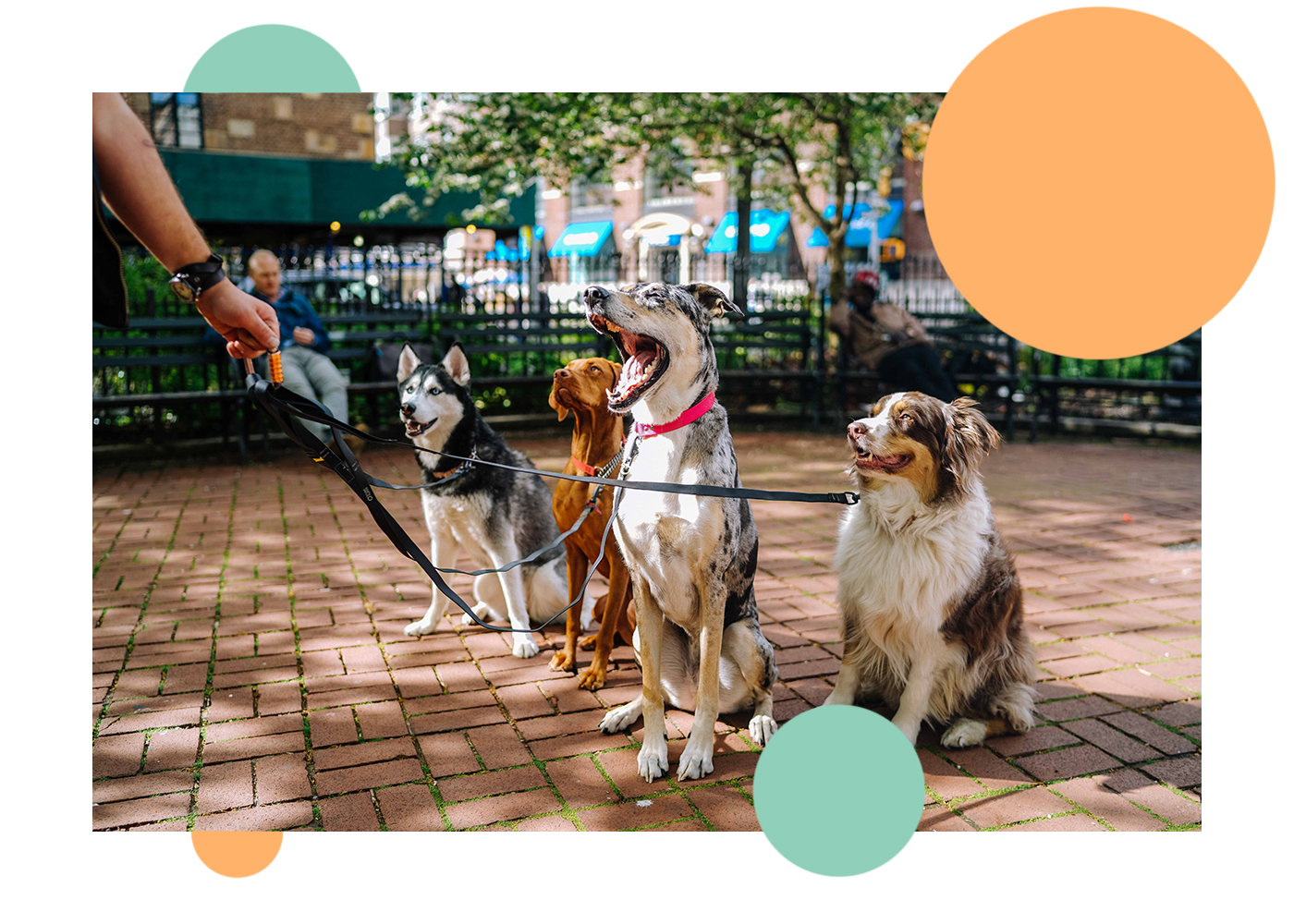 No longer the dog’s dinner

To give a sense of the scale of the pet care trend, consider the fact that the rate of pet ownership has increased from 56% to 68% in just the last three decades. The number of people in the United States who have pets now outnumber those who have children by 2 times.

There are reasons for this.

As you might expect, ageing populations mean many more people are adopting animals for the sake of factors like security, comfort and companionship.

But by far the biggest driver is the millennials. In fact, according to one study by Morgan Stanley’s AlphaWise, households headed by younger individuals in the United States now account for 62% of all pet ownership. And that’s not all – according to Morgan Stanley, close to two-thirds of 18-34-year-olds plan to acquire a pet over the next five years.

It all sets up an attractive picture for pet ownership, that would ­– in and of itself­ – favour the pet industry greatly. But the added bonus here is that these younger pet owners are also spending a lot more on their animals.

The same study found that 69% of American households “strongly agree” that their pets are important members of the family. Not only that, but, according to our thematic research partners, Euromonitor, average household spending per-pet is expected to rise to roughly $1,300 a year by 2025 from roughly $1,000 today. It’s then expected to rise further to $2,000 per-pet per year by 2030.

Whether taking on debt to pay for a pet is a good idea or not is beyond the scope of this article. But the fact is, these dynamics are creating a situation where the cost of pet care has not just expanded in every year since 1994, proving itself recession proof, and also one where the market is expected to hit $275bn by 2030.

For context, that’s considerably more than double the rate of expenditure laid out by forecasted figures for 2021. 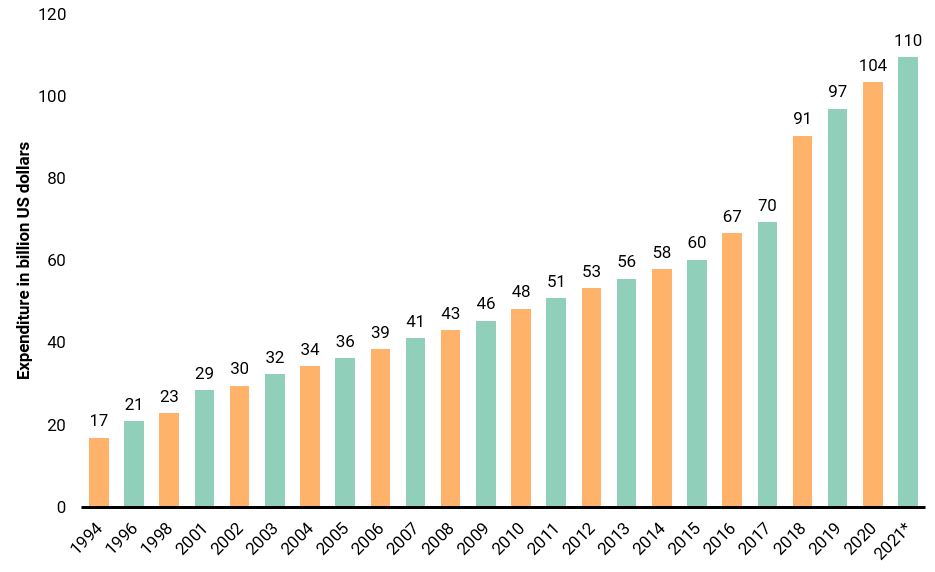 So, how does one get exposure to this huge opportunity?

The Rize Pet Care UCITS ETF that invests in companies with exposure to the booming pet care industry through a number of trends, three of which are outlined below:

According to Euromonitor’s survey, the share of people who see their pets as beloved members of the family has been rising in recent years and continues to grow.

One reason is that more and more young people are choosing to have children later in life, and adopting pets has emerged as a steppingstone on the idea of the ‘life journey’.

Beyond this, we have witnessed a general decline of the nuclear family, and this is encouraging more and more single person households to take on animals.

Both are subsequently leading to more and more of us spending larger amounts on our pets – whether its diets, grooming, vitamins and probiotics or even spas and hotels.

As mentioned, millennials are critical to the rise in pet ownership, and they really care for their animals.

However, these individuals have also lived the better part of their life through recession. And as such, an opportunity is arising in the combination of value and premium.

These are products that have all of the features one would want for their pets – they are natural, organic, free from GMOs and so on. But they are also sold under store brands as opposed to external brands.

We are moving from the traditional metal can food, which is heavily processed, to something more like what we would eat ourselves.

3. Ecommerce and the digital lifestyle

As well as helping Amazon to become a global force, the rise of ecommerce has really benefitted the trend towards improved pet care.

We have already seen online-only brands like “The Farmer’s Dog” become commonplace in the UK­ – helped in no small part by lockdown living.

But, beyond this, it’s anticipated that ecommerce is going to become an increasingly dominant force in this market over the coming years.

In fact, as the chart below shows, the online channel for pet care is expected to account for roughly a third of all purchases by 2025. And that’s compared to a fifth five years earlier. 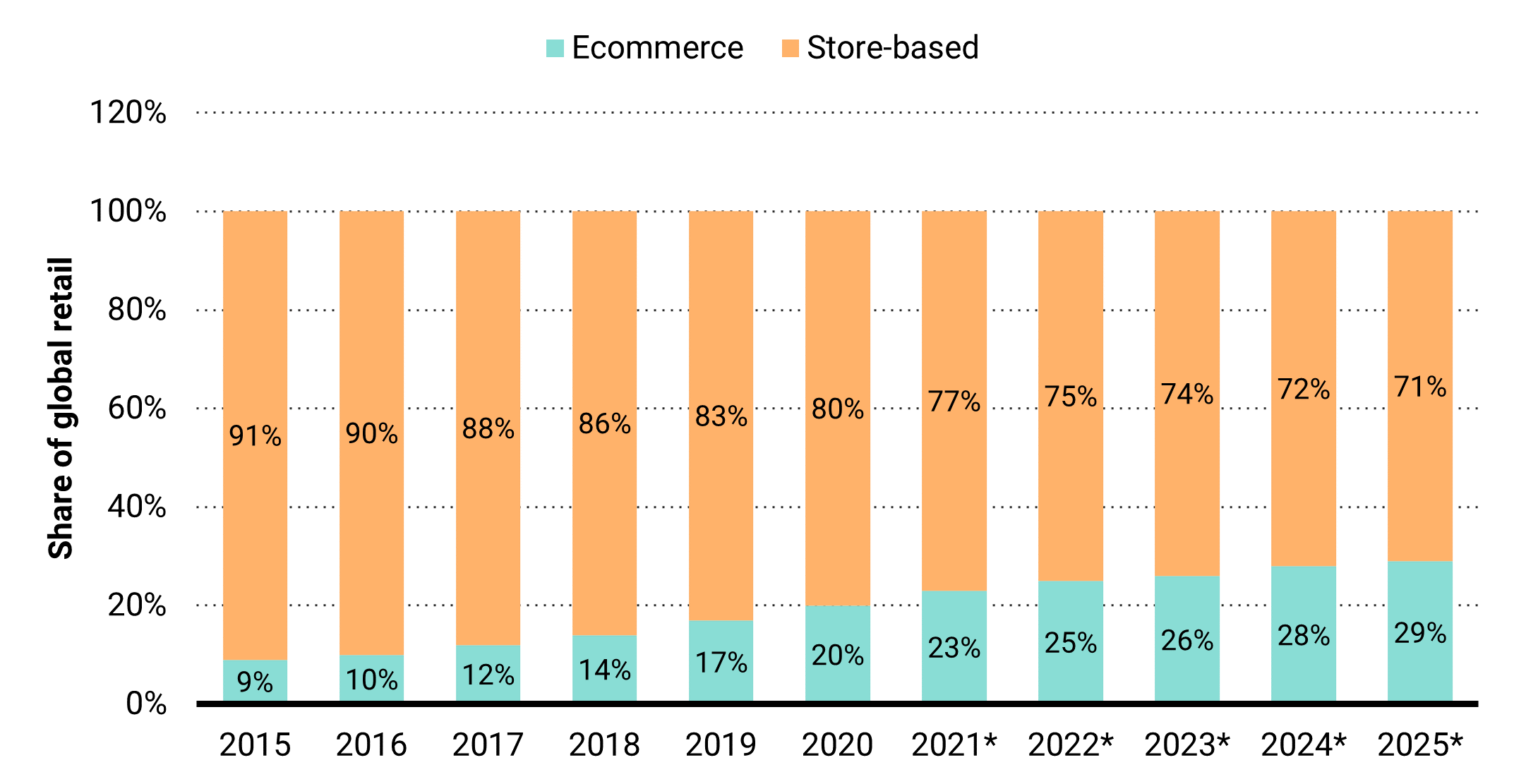 The pet care industry is one that flies under the radar. However, as the dynamics outlined here suggest, it is also an industry that presents a number of emerging companies with pricing power in an area where demand is unquestionably growing.

Getting in on the ground floor may be the key to success.